The future of the actor is made uncertain not only by chance, but by necessity - intentionally. - David Mamet, REGARDING A LIFE IN THE THEATER

A life in the theater is a life with the attention directed outward, and memory and the substantiation of others is very important.

We acquire skills through constant practice. They accrue in increments so small that we seem to be making no progress. We lose competence in the same way - taking for granted our hard-won habits and barely aware they are leaving us.
At the end of a performance, or the end of a season, the only creation the performer has left is him- or herself. This, and artifacts: clippings, programs... Which is, perhaps, one reason we love stories.

Camus says that the actor is a prime example of the Sisyphean nature of life.

This is certainly true, and certainly not novel, and additionally there is this: a life in the theater need not be an analogue to 'life.' It is life.
It is the choice and calling of a substantial number of persons — craftspersons and artists — and has been for a very long time.
My play, A Life in the Theater, is, though I may have led you to believe otherwise, a comedy about this life.
It is an attempt to look with love at an institution we all love, The Theater, and at the only component of that institution (about whom our feelings are less simple), the men and women of the theater - the world's heartiest mayflies, whom we elect and appoint to live out our dreams upon the stage. 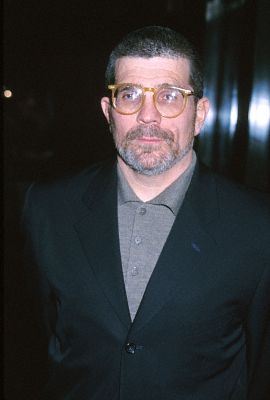 The actor is manipulated and controlled by the director, who is similarly in thrall to the producer. The unquestioned acceptance of this 'Great Chain of Being' is based on the fiction that it is 'good for the production.' But any reasonable person in the theater sees this is seldom the case, and so the conscious acceptance of this hierarchy ('It's good for the production and I better shut up or I'll lose my job') is coupled with a deep, deep anger.

Those down the chain seem to have two choices: they may accept an idealized version of those over them: ('I don't know or like what they're up to, but — on the basis of their credits and their position - I can only assume that they are right and I am wrong'); or they may rebel, fume, gossip, and plot - much as if those in control were their parents - which is precisely what this relationship recapitulates... that of the child to the parent.

As in the parent-child relationship, the motive for control in the theater is always stated as The Good of the Child. 'I, as producer, director, must ignore your questions about the worth of this piece of blocking/piece of direction/piece of dramaturgy. My word is law, it is for your own good to obey unthinkingly, and if you begin to doubt and question me, the havoc you cause will destroy all the good I am trying to do for you and your colleagues.'

In the family, as in the theater, the urge to control only benefits the controller. Blind obedience saves him the onerous duty of examining his preconceptions, his own wisdom, and, finally, his own worth.

The desire to manipulate, to treat one's colleagues as servants, reveals a deep sense of personal worthlessness: as if one's personal thoughts, choices, and insights could not bear reflection, let alone a reasoned mutual examination.

Members of a healthy theater/family treat each other with respect and love; and those who know better do better, knowing that those who love them will strive to emulate them.

In a meritocracy, status and the power to direct the actions of others would, at least, be won by demonstration of excellence and some form of communal assent. But in our theater, in our unhappy family, those who come in 'last,' who come in 'at the bottom' — the actors - are subject to the unreasoned, unloving, and frightened whims of those in (financial) power over them. They are the new baby born to oppressed parents who finally have someone to control.

In both situations the recipient of this control is made to fear for his livelihood — for his very life — if he does not obey unquestioningly, and so is robbed of his dignity.

This unreasoned commercial hierarchy of actor-director-producer has drained the theater of its most powerful force: the phenomenal strength and generosity of the actor; and, as in any situation of unhappy tryanny, the oppressed must free the oppressor.

Film-North * Anatoly Antohin. "Dramatic Literature from Chekhov to Beckett and After" 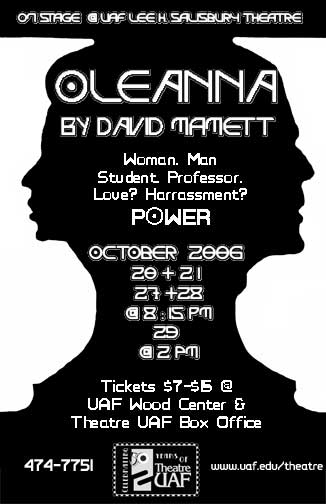